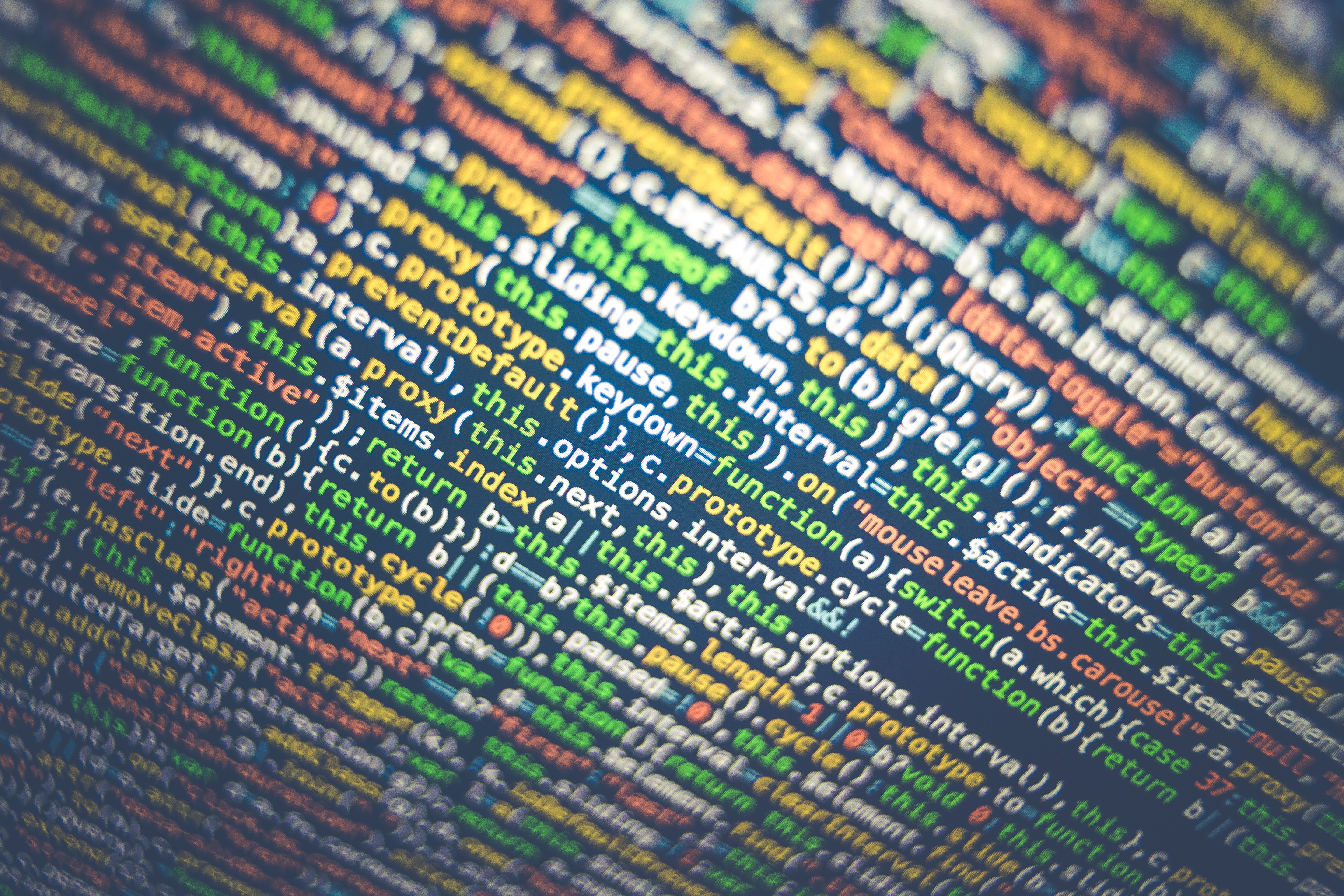 This section on the history of open source software is assembled from a variety of online sources. If you want to dig deeper into this topic, this Wikipedia article about Open Source should satisfy.

Photo by Markus Spiske on Unsplash

All software is constructed using code. Such code may use a single coding language or multiple languages that work together to create a software product. Typically, completed code exists in two distinct forms: human-readable source code and machine-readable executable code.

In the 1950s and 60s, most software development was being done in academia, with a fair portion of that development funded by corporations. These efforts produced a variety of results, including Remington’s UNIVAC, IBM’s Mainframe technology, and GM’s SHARE operating system. At this time, software was limited to small groups of developers, researchers, and users. As there was no copywriting or licensing approach at this time, most of the published code existed in the public domain.

In 1974, software became copyrightable in the US via the Commission on New Technology Uses of Copyrighted Works (CONTU). This coincided with declining costs of the hardware necessary for software development and with easier access to storage media and distribution channels. Companies could now license and charge for the software they developed, packaged, and distributed to a nascent but burgeoning market.

At this point, it seems there was a philosophical cleaving within the software world. On the one hand, you had academics, developers, and users wanting free public accessibility, and on the other hand, you had corporations wanting access limited to paying users.

Software was soon exploding with operating systems and productivity tools as well as specialized software for industry-specific applications. In 1983, MIT computer scientist Richard Stallman grew frustrated with limited access to the copyrighted UNIX operating system when he wanted to apply his printer jam notification code to the school-wide operating system in use but could not because the source code was inaccessible to him.

Stallman founded the GNU project (GNU, Not Unix), which released its own operating system alternative to Unix under the GNU General Public License, which allowed for free use of the GNU operating system software. The free software movement exists today via the Free Software Foundation.

In 1991, the Linux kernel was released by Linus Torvalds. This kernel, when combined with the underlying GNU operating system, enables a similarly free operating system for workstations and personal computing. In 1992, it was released under the GNU GPL license. It is actively distributed via companies that have made their own distribution versions, such as Red Hat, Debian, and Ubuntu.

In 1998, this effort was bolstered by Netscape Corporation's release of their Netscape Communicator Internet suite as free software. This source code subsequently became the basis behind SeaMonkey, Mozilla Firefox, Thunderbird, and KompoZer.

Shortly after Netscape’s move, the term “open source” was adopted by several influential figures in the free software movement, and the open source initiative was formed as an educational, advocacy, and stewardship organization for collaborative development of open source software.

Today, there remain relevant distinctions between free/libre software advocates and open source software advocates, but between them, there is a vision that is more shared than divided. At a high level, both push for greater access to the source code for public development, use, testing, scrutiny, and experimentation.

There are more than 100 open source licenses available including:

While there are overlapping licenses between open source software and free/libre software, not all open source licenses are compatible with the free software foundation’s criteria for free licensing.

Today, the concept of open source has become muddied as various distributions of a codebase often contain some form of proprietary or non-free elements that are part of the codebase (e.g. MySQL, Red Hat, Android, Steam OS, Chromium etc.). These platforms maintain the open source moniker but exist in contrast to the original intent of the free software movement.

Here are some of the most popular open source projects:

Stay tuned for more articles on open source as related to eCommerce on our LinkedIn page, and check out our Shaping eCommerce podcast on our YouTube channel if you haven’t already!